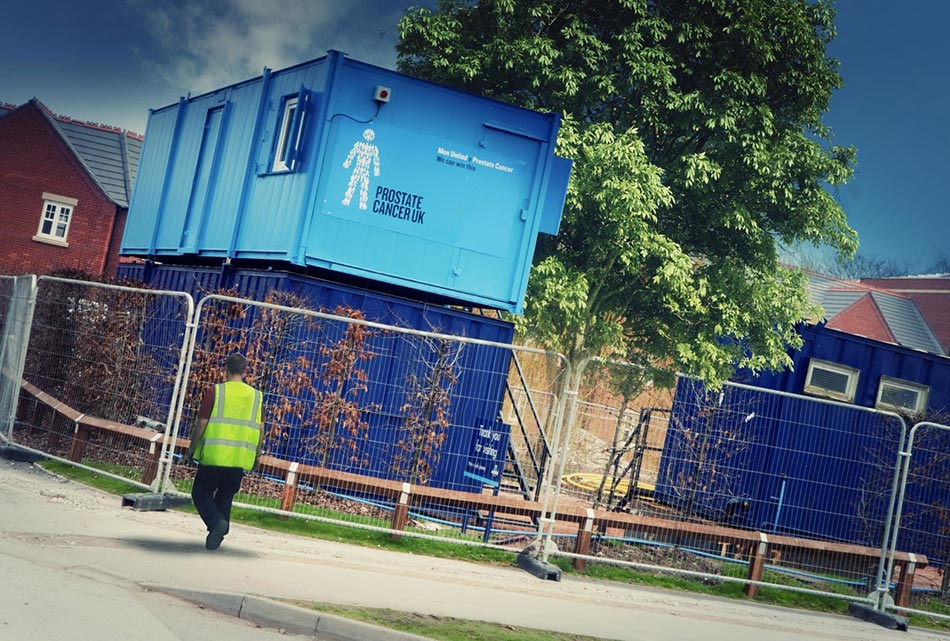 Through March and April we are supporting the National Prostate Cancer UK campaign. To kick-start the initiative, we have commissioned specially designed units featuring the charity’s distinctive blue colour and logo which are being delivered to construction firms and house builders across the country. We will be donating one months rental income for all campaign-branded units ordered during March and April.

This week the first blue units have been delivered on-site to construction firms including McGoff and Byrne, Medlock Building and T&B Contractors with more being delivered next week to Thomas Barnes, Taylor Wimpey North Thames, Eric Wright Group and United House.

Commenting on our support for Prostate Cancer Awareness Month AV Group Director Helen Scott said: “The construction industry is still a very male dominated industry and we wanted to play our part in helping to raise awareness of this important disease which kills 10,000 men a year. We will be fundraising at each of our depots in Manchester, Nottingham and Essex and will also be collecting on-site as we deliver units across the country to clients.”

We are also urging all of our employees and clients to undertake the Charity’s Men United test, a campaign to get men to join forces to beat cancer. Spearheaded by comedian Bill Bailey, Men United is five quick-fire questions about prostate cancer to help educate people about the disease.